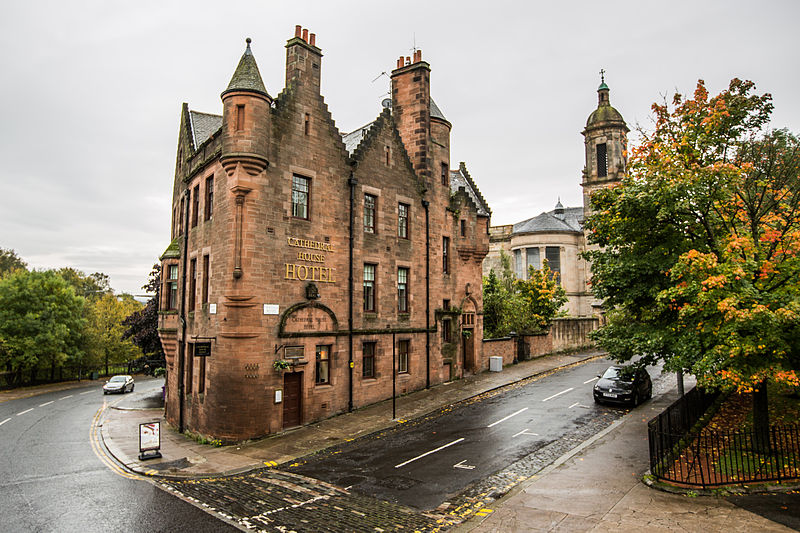 The Leopard takes pride in its infamous hauntings and features on Spirit Searchers. However, it has come to light that there are many hotels that are competing for the top spot of the most haunted hotel. Intrigued by paranormal activity, and friendly competition, we investigated one of the top contenders: Cathedral House Hotel in Glasgow, Scotland. If you would like to know more about our spooky Scottish rival, read on.

This 19th-century hotel is located just east of Glasgow’s city centre. The architecture is of baronial-style, with turrets. Modern-day adaptations include a beer garden and whisky bar. Arguably the most important aspect of the hotel’s location is that it is a stone throw away from the famous Glasgow graveyard, the Necropolis. Cathedral House was built in 1877 with the purpose of being a hostel for recently released inmates from nearby Duke Street Prison. 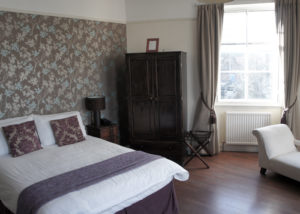 Previously known as Bridewell, Duke Street Prison was one of the longest surviving prisons in Glasgow. Originally there were eight prisons, but by 1840 most of these were closed. HM Prison Barlinnie opened in the East End suburbs in 1882, resulting in the transfer of all the male inmates from Duke Street Prison. Bridewell remained open as a women’s prison until 1955. Over the years many prisoners would have passed through Cathedral House. It is known that many Suffragettes and political activists were imprisoned there.

Paranormal Activity at the Hotel

Several sightings of paranormal activity have been reported from Cathedral House Hotel including a ghost passing guests on the stairwell, two children being sighted and giggling children heard on the top floor. As many female prisoners were rehabilitated here it is likely to have housed children of some prisoners. Plus, with Glasgow’s Necropolis being so close it is also possible ghosts wander from their resting place. 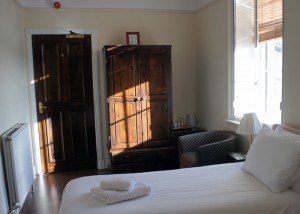 Cathedral House Hotel Vs. The Leopard

Is Cathedral House Hotel more haunted than the Leopard? Glasgow Paranormal Investigations have visited on two occasions and confirm all of the sightings mentioned in this post. However, there is no official report on the GPI website. Therefore, I think it’s safe to assume that The Leopard has one up on this one.